BOE expects economy to bounce back 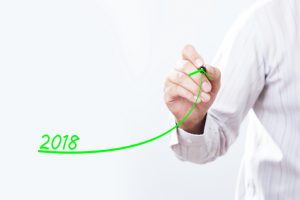 Updated Bank of England (BoE) forecasts suggest the UK economy is set to bounce back in the second quarter of 2018, despite continuing signs of waning consumer sentiment.

In the aftermath of the weaker than expected preliminary first quarter gross domestic product (GDP) data released by the Office for National Statistics (ONS) at the end of April, the BoE cut its 2018 UK economic growth forecast from 1.8% down to 1.4%. However, when releasing its updated prediction, the BoE stated that the reduction almost entirely reflected disruption caused by the ‘Beast from the East’ rather than underlying economic weakness.

Indeed, the BoE’s assessment was that the UK economy had hit a “temporary soft patch” in the first three months of 2018 and would bounce back during the second quarter of the year.

There are, however, signs that UK households don’t share the BoE’s optimism. The consumer confidence index compiled by YouGov and the Centre for Economics and Business Research (CEBR), for instance, fell to 108.4 points in May down 1.4 points from the previous month’s reading.

Commenting on the figures Nina Skero, Head of Macroeconomics at CEBR, said: “If confidence doesn’t recover soon it could damage second-quarter growth prospects, which is especially undesirable given the weak performance at the start of the year.”

Furthermore, ONS’s second estimate of first quarter GDP released on 25 May casts further doubts over the BoE’s assessment. Indeed, rather than being revised upwards as the BoE had predicted, ONS confirmed its initial assessment that the UK economy grew by just 0.1% during the first three months of 2018.

In addition, it stuck to its view that bad weather alone could not have explained the weak performance. These latest figures therefore stoke concerns surrounding the state of the UK economy and whether the second quarter will indeed deliver a significant bounce back. 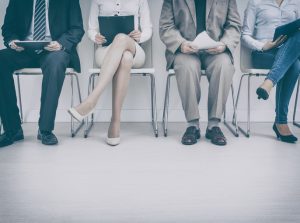 Data from the latest official labour market statistics showed that the number of people in work rose by 197,000 during the three months to March 2018. This left the employment rate (the proportion of 16–64 year-olds who are in work) at 75.6%, the highest figure since records began in 1971.

The data also showed that the number of people unemployed fell to 1.42 million in the three months to March 2018, down 46,000 from the previous three-month period. As a result, the unemployment rate fell to 4.2%, the lowest level since 1975.

There was also further upward movement in pay levels, with average weekly earnings, excluding bonuses, increasing by 2.9% in the three months to March 2018 compared to the same period a year earlier. This was the biggest rise since August 2015 and also meant that wages rose at a faster pace than inflation for the first time in over a year.

However, while this does mean that the year-long squeeze on real incomes is finally at an end, wages relative to inflation still remain below pre-financial crisis levels. In other words, after more than a decade of income stagnation, it is likely to require a sustained period of above-inflation wage rises before households begin to feel significantly better off.

And the latest income survey data suggests that, while recruitment and retention pressures are beginning to drive up pay settlements, the era of inflation-busting wage increases is still not imminent. So, while the UK labour market does certainly remain historically tight, it still doesn’t appear to be conforming to the widely-held economic principles linking strong job creation to strong pay growth. 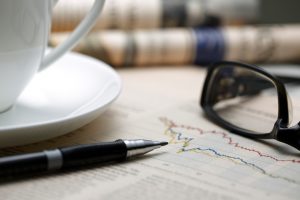 The last week of May was a week of two halves. It kicked off with rising political uncertainty in Italy and growing trade tensions, which weighed on markets. As the week progressed, global shares rallied on the back of positive Chinese data and signs that Italy may avoid imminent elections.

In the US, President Trump took another protectionist move by announcing steel and aluminium tariffs on Canada, Mexico and the EU. The US still holds the threat of imposing tariffs on imports from China. The Dow Jones increased 1.05% to close May at 24,415.84. The technology weighted NASDAQ index closed the month on 7,442.12, a gain of 5.32%.

European stocks edged higher on the last day of the month, but trading was clouded as auto makers braced for US tariffs. The Eurostoxx50 finished the month down 3.36% on 3,415.36. Many major Asian stock markets traded higher as sentiment improved following positive Chinese manufacturing data. The Nikkei225 closed the month on 22,201.82.

Oil gained 3.22% in May, to end the month on $77.59 a barrel. OPEC (Organisation of Petroleum Exporting Countries) look likely to retain output cuts throughout the year. Gold prices edged up as concerns over trade conflicts boosted safe-haven demand, but dollar strength limited gains. Gold reached a mid-month high of $1,321.38, but fell to close May on $1,298.29 a troy ounce, a fall of 1.28%.

The rate of inflation in the UK unexpectedly fell to a 13-month low in April continuing the downward trend that has been evident for the last few months.

Data from the ONS shows that the Consumer Prices Index 12-month rate – which compares prices in the current month with the same period a year earlier – fell to 2.4% in April. This continued the recent downward trend since this measure of inflation peaked last November at 3.1%, and is the lowest figure recorded since March 2017.

April’s decline partly reflects the timing of Easter, which meant that a seasonal rise in air fares was not included in this year’s data. The other main categories that exerted downward pressure on the rate of inflation were men’s clothing and a range of food products, while rising petrol prices and the new sugar tax on soft drinks stopped the rate falling by a greater extent.

However, while inflationary pressures are expected to remain relatively muted over the medium term, the future monthly path of inflation could be more volatile in the coming months. This is partly due to the recent increase in oil prices and previously announced utility tariff hikes, as well as sterling’s recent depreciation which will all exert upward pressure on inflation in the near term.

Indeed, last month’s data suggests there are already signs of inflationary pressure in the pipeline. The prices of goods leaving factories, for instance, rose at a faster than expected rate, while the cost of raw materials also rose sharply in April.

Policymakers will therefore clearly be monitoring the inflation statistics extremely closely in the coming months, to see whether the recent weakening in price growth is coming to an end or whether the downward trend in inflationary pressures continues.

The BoE Governor, Mark Carney, has warned that a “disorderly” Brexit could delay any further tightening of monetary policy and even result in rates being cut.

Speaking at the Society of Professional Economists Annual Dinner on 24 May, the Governor made it clear that the BoE was ready for all Brexit outcomes. And this included being forced to cut the cost of borrowing in order to shore up the economy in the event of a “sharp” Brexit.

Mr Carney said: “A more disorderly transition, or a materially different end state from our assumption, would have implications for monetary policy.” He added “A sharper Brexit could put monetary policy on a different path.” These comments once again vividly highlight the significance that the Brexit negotiations will have on the future path of interest rates.

Rates were left unchanged at 0.5% following the May meeting of the Monetary Policy Committee. And, although some economists continue to predict that there will be an interest rate rise at some point during 2018, the Governor’s comments, along with April’s unexpected fall in inflation, have certainly dampened the likelihood of an imminent hike.

In separate comments given to the Treasury Select Committee, Mr Carney reiterated his view concerning the impact that the Brexit vote has already had on the UK economy. The Governor said that the referendum result had lowered growth by up to 2% and that the decision to leave the European Union had left UK households up to £900 worse off.

He also said that uncertainties surrounding the Brexit negotiations were still holding back business investment. However, Mr Carney did suggest that there could potentially be a “sharp pick-up” in levels of investment once a Brexit agreement has been reached.